Our instructors have extensive and diverse backgrounds in teaching people how to protect and defend themselves. Drawing from years of training experience in civilian personal defense, law enforcement, military, competition shooting, and the private security industry, our instructors’ qualifications far exceed state requirements. We offer practical, accessible instruction based on proven techniques, tactics, and procedures. We are all passionate about helping students become more competent and confident with the defensive skills necessary to remain safe in today’s society.

Aqil is the founder and lead instructor of CSA. His background as a firearms instructor started at age 12, teaching urban youth in his father’s gun club. He followed in his father’s footsteps, becoming an NRA Certified Instructor at the age of 22. He has been training civilians for over 30 years and training law enforcement for over 25. His passion is teaching regular people how to keep themselves and their families safe.

Tiffany is a “late bloomer” who underwent a 180-degree-conversion in the world of firearms. She grew up subscribing to common fears and misconceptions about guns and gun owners. After college, she reluctantly enrolled in a Rangemaster handgun safety course, and she was hooked. Her interests and training have expanded from handguns to shotguns and carbines. In addition to being mentored by Tom and Lynn Givens and other Rangemaster instructors, Tiffany has also trained under Jim Higginbotham, John Farnam, Craig Douglas, Massad Ayoob, and many other respected veterans of the self-defense community. She is member of the NRA and the Second Amendment Foundation, and she has earned instructor credentials from the State of Tennessee, the State of Mississippi, the National Rifle Association, the United States Concealed Carry Association, Massad Ayoob Group, and Rangemaster (Master Instructor Certification).

Ryan first started shooting at eleven years old for his Hunter Safety certification. As best he can recall, this was the first activity for which any adult told him he had a natural talent. He’s been chasing that feeling and honing that talent ever since. Ryan has extensive experience in combat sports that involve rolling around with other sweaty dudes on the ground and punching and kicking things until his whole body hurts. He was an armed courier in the Middle Tennessee area for most of his twenties until he got tired of people telling him he couldn’t grow his hair out or have a beard. He’s a serial trainer, a shooting sports competitor, and a pistol coach who is trying his best to avoid having a regular grown-up job. Most of Ryan’s deepest and most meaningful relationships have come from the combat sports and defense training world, so sharing that world with new students is intensely fulfilling for him. He specializes in using the bumpy things on top of the gun to reliably make holes appear where you want them to on B8 targets.

Chris has always had a passion for shooting, but he realized years ago that there is a huge difference between a gun owner and a trained, proficient shooter. After becoming an instructor during his 24-year career in law enforcement, he realized that many training programs only barely scratch the surface of relevant available information for personal defense. So, he began searching for more training and became a perpetual student. Chris has trained with some of the best instructors in the industry, and he continues striving to be not only a better shooter but also a better instructor. He believes you can never have too much skill or knowledge when it comes to defending yourself or your loved ones.

“Tiffy” is a housewife, mother, and running enthusiast who started firearms training in 2018 with a simple goal: to be able to protect herself and her children. As she went along in her journey she quickly realized that she wasn’t alone, and that there are a lot of women like her. Women who don’t love guns, but feel like they may need them as a tool for survival. In a short amount of time she’s worked hard to become an instructor in several disciplines. She continues to take classes and seek training so that she can become more proficient with her firearm and a better instructor, to help women like herself do the same.

David was young, broke, and in love when he got married at the age of 21 and determined he should probably be able to protect himself and his wife. He never grew up around guns and had no first hand experience with them. After getting his first gun and permit, he realized he needed more training and walked into Citizens Safety Academy where he received his first proper training experience. He kept hanging around the place and before long we figured it was best to put him to work. Being passionate, not just about shooting but teaching as well, he continues to take classes and pursue training so he can better guide people through that first exciting rush he had when he first shot a firearm. David is also fluent in Spanish and plans to teach classes to reach the Spanish-speaking community as well.

The CSA family would not be complete — and our classes would not be as effective — without the help of a wonderful team of assistant instructors (“AIs”). All our AIs are vetted and trained by CSA’s founder, Aqil Qadir. They contribute their valuable time and expertise to help us maintain high safety standards, keep student-instructor ratios low, and give students the individualized attention they need. 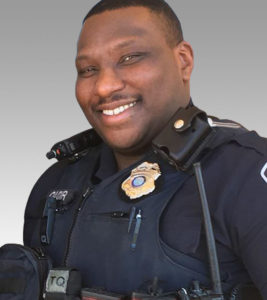 When CSA first started several years ago, the only two instructors were CSA’s founder (Aqil Qadir) and his son, Rafiq. Following in the footsteps of Aqil’s father, Rafiq Qadir is a third-generation firearms instructor. He has earned instructor certifications from the State of Tennessee, the National Rifle Association, and Rangemaster. Rafiq also serves his community as an officer of the Murfreesboro Police Department.

Marvin Smartt is a combat Iraq War veteran who served in Airborne Special Operations and was awarded the Bronze Star. He retired from an extensive career as a corrections officer working with emergency response teams. Marvin has been involved in the self-defense community for over 25 years. He is trained as an armed guard and holds concealed carry permits in several states. A longtime IDPA Pistol and F-Class long range shooting competitor, Marvin founded the Spokane Personal Defense Alliance, an IDPA-affiliated shooting club in Washington State. He holds instructor certifications from the National Rifle Association, the State of Tennessee, and Rangemaster. 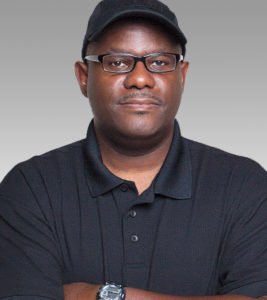 Jam Martin is an assistant firearms instructor with Citizens Safety Academy who specializes in pistol marksmanship skills. With over two decades as a government security contractor and a degree in Criminal Justice, Jam brings a plethora of knowledge that not only includes firearms and law but also personal security and situational awareness. He holds instructor certifications from the National Rifle Association, the State of Tennessee, and Rangemaster. 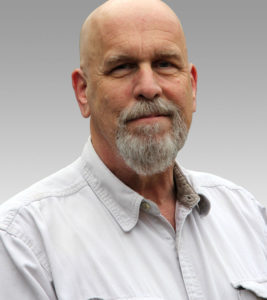 David was raised shooting .22 rifles and shotguns. But when his father, an avid competitive pistol shooter, introduced him to handguns, that became his primary area of firearms interest. Over a wandering career unfocused on any specific objective (but nevertheless entertaining), David has enjoyed training in various martial arts (including kung fu and krav maga) and competing in smallbore and high power rifle, bullseye pistol, metallic silhouette, CAS, IDPA, and other firearms sports. For some reason, none of these disciplines seem eager to claim him. 🙂 As an instructor, David especially enjoys working with new shooters. He is a member of the National Rifle Association, Gun Owners of America, and the Firearms Policy Coalition. He holds instructor certifications from the National Rifle Association, the State of Tennessee, and Rangemaster.