Need something to practice next time you work on your defensive marksmanship? Below are some of the targets we use in our classes. You can print these at home and avoid the cost of buying targets. Just click any of the target images to enlarge and print. We even replaced the solid shading with crosshatching to save on printer ink. We’ve also included a few drills, and we encourage you to try them. As always, follow the firearms safety rules any time you handle any firearm — regardless of whether you’re dry firing or live firing. Don’t forget to snap a photo of your target and post it on our Facebook page. We’d love to join you in celebrating your progress. Who knows… you might just earn a discount on future training. Have fun!

Defensive marksmanship practice can start with something as simple as an 8.5″ x 11″ sheet of paper. The target area on a human is about the size of a piece of copy paper. Most targets you buy at the range are too large and their aiming areas are in the wrong place. If you buy a large target at the range, place an 8.5″ x 11″ sheet of copy paper in the high center chest and concentrate on getting all your shots on the sheet of paper, starting from the low ready position, at 3, 5, 7 and 10 yards. Once you can do that consistently, fold the sheet of paper in half and shoot it from the 3, 5, 7 and 10 yards. That will get you ready for the next drill below, the 5×5.

We’ve included a target you can print on an 8.5″ x 11″ sheet of paper. It has a two-inch dot in the middle to help you “aim small, miss small.” Aim for the two-inch dot and try to get your hits as close to the dot as possible while staying on the paper. Good luck!

We first learned about the 5×5 drill from Greg Ellifritz. The original drill is attributed to Gila Hayes of the Firearms Academy of Seattle and tweaked by Claude Werner. This is our version of the target, similar to Lucky Gunner’s. We’ve also designed a negative version with the light and dark areas reversed.

This drill is really useful for assessing your basic skill level with a handgun. As Greg Ellifritz put it, if you can pass this drill, “consider it like you’ve achieved a high school diploma” in defensive marksmanship. It’s a good balance between shooting accurately, shooting quickly and shooting consistently.

CSA is the home of the International Cult of the B8 and if  you’re ever among the CSA crew you’ll often hear us call it “Vitamin B8,”. The full-size B8 Bullseye target comes in many variations from lots of vendors and the B8 repair center is a smaller version. Its scored rings can be very humbling, but they can also improve your marksmanship as much as vitamins improve your health.

We love the B8 because there are many drills you can do with a B8 repair center, both live and dry. We use this versatile target in lots of classes. The 8 ring is an 8″ circle or about the size of the thoracic cavity on a human. The dark inner circle is 5.5″ (great for the 5×5 drill) and it’s inner 10 ring is about the size of the ocular window on a human. We literally slap B8 centers on everything and use them for developing marksmanship with pistols, carbines and even shotguns.

Click the images above to download and print our version of the B8 repair center target. We’ve included one with the traditional black center and a second with gray center for those who want to save a little printer ink.

You can use the B8 for the 5×5 for a solid marksmanship standard. A level above that would be “The Test”.  Another B8 drill that we use for structured practice. For this drill, you can hang the target alone, or you can attach it to a larger target, superimposed over the vital hit zone.

From a distance of 3 yards, starting at the low ready:

Once you’re consistently hitting inside the 8 ring, push yourself to keep all shots in the black (gray), then push to keep them all in the 10 ring. After that, try moving back to 5 yards, and then to 7 yards. As your accuracy, speed, and cadence become more consistent with a 5-second par time, try completing the drill while drawing from the holster. 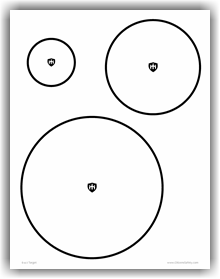 The 6-4-2 target is perfect for cadence drills. Think of cadence like the tempo of a song you might hear on the radio. Music typically doesn’t speed up and slow down in the middle of a song, right? Likewise, your string of fire on any given target should keep the same tempo throughout the string. In other words, there should be the same amount of time in between each shot – just like there’s the same amount of time in between claps when we clap along with our favorite song.

The 6-4-2 target features three circles of decreasing size (six inches, four inches, and two inches). We use it for a drill we call the 6-4-2 Drill, which is derived from Tom Givens’s version of the Parrot Drill. The purpose is two-fold. First, we want to practice maintaining a consistent cadence throughout any given string of fire at a single target (circle). For present purposes, it doesn’t matter how quickly or slowly you shoot overall, as long as the amount of time between shots is consistent. Second, that cadence should slow down as you progress from larger targets to smaller targets. That’s because the smaller the target, the more carefully you’ll have to aim (which means you’ll need more time for each shot).

Since this is a cadence drill and not a speed drill, there is no par time at first. On the six-inch bottom circle, you’ll shoot at your version of a moderate to relatively quick tempo. On the four-inch circle in the top right corner, your tempo should decrease just a bit, because your aim point is smaller. On the two-inch circle, the tempo of your shooting “song” will be even slower. Make sense?

At a distance of 3 yards, starting from the low ready:

Work until you’re getting all hits within each circle, and then increase the distance (try 5 yards, then 7 yards). Once you’re hitting consistently from the low-ready, then trying adding the draw and running the same drill from the holster. Good luck! 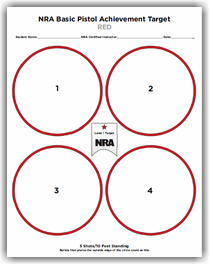 In the NRA Basics of Pistol Shooting class, the goal is to get five hits inside each of the four circles (20 shots total). Each circle is four inches in diameter. For a Level 1 Qualification (Red), students fire from ten feet away. Level 2 (White) is fired from fifteen feet, and Level 3 (Blue) is fired from twenty feet. 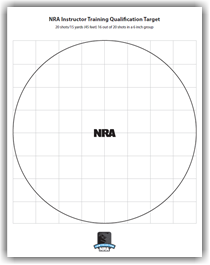 For those aspiring to become NRA-certified pistol instructors, this is the qualification target. Instructor candidates will fire twenty shots from 15 yards. At least 16 of the 20 must be inside the circle, and the shots inside the circle must be concentrated in a six-inch group. 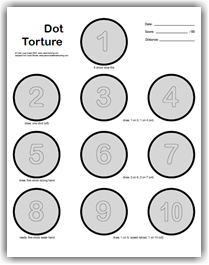 This is the (in)famous “Dot Torture” drill, as adapted by Todd Louis Green of Pistol Forum. Renowned trainer Greg Ellifritz offers his take on this drill at ActiveResponseTraining.net. Claude Werner, aka “The Tactical Professor,” explains the drill’s origin and development, tracing it back to World Champion shooter John Shaw.

Instructions for the standard Dot Torture drill are printed on the target. Feel free to try the original drill, or make adjustments to fit your needs, skills, environment, or comfort level. For example, you could increase or decrease the distance, adjust the time limits, or switch between drawing and working from low ready. You could also start out by doing away with the time limits altogether if you’d like to work on accuracy first and add the time pressure later.

In order to preserve the proper dimensions when printing these targets, be sure to change your printer settings so the files print at 100% scale. The screenshot below shows how to change that setting. Click the image to enlarge it. 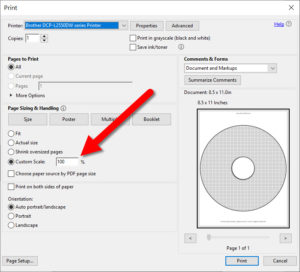 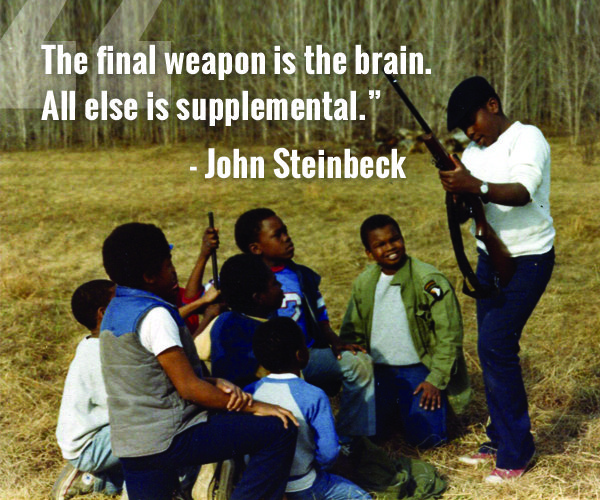