How Paranoid Are You? (John Hearne) 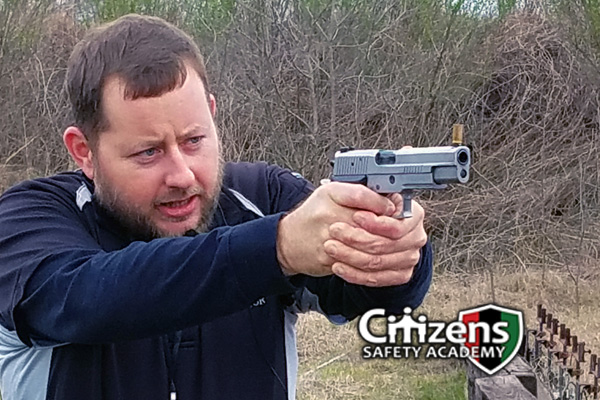 CSA is excited to welcome John Hearne of Rangemaster for this in-depth exploration of criminal psychology and empirical evidence of victimization dynamics. How much preparation is too much? What are you preparing for? Have you based your training regimen on realistic odds and stakes? Or are you just paranoid?

How Paranoid Are You?
Crime, Criminals, and Victimization

This online course was developed to give everyday citizens a more realistic understanding of the state of crime in the United States today. Only with reliable information can you build a realistic training regimen and make informed decisions about how to best avoid being victimized. As a veteran law enforcement officer, a longtime defensive firearms trainer, and credentialed criminology scholar, John Hearne’s well-researched webinar will help you better distinguish between preparation and paranoia.

John has been a federal law enforcement officer since 1992, serving primarily in uniform patrol. He currently serves as an instructor (firearms, tactics, active shooter, & use of force), an armorer, and a field training officer for his agency. John has earned firearms instructor certifications from the Federal Law Enforcement Training Center (FLETC) (Pistol, Revolver, Shotgun, Rifle, Select-Fire), the Federal Bureau of Investigation (FBI), the National Rifle Association (NRA), and Rangemaster (Master Instructor Certification), among other organizations. John has been a Rangemaster instructor since 2001 and has helped teach armed citizens, law enforcement officers, and military personnel across the country. He is also a noted public speaker and has been engaged for speeches and research presentations on armed defense and use of force at a variety of national and international venues since 2005.

This virtual seminar will take place online using Zoom video conferencing. On the day before the event, we will send all registered attendees a link by email. We’ll send the link to the email provided in your Eventbrite registration. Please do not share the link with others, as we really need to have an accurate count of how many people will be attending. If you know anyone who is interested in joining us, please invite them to register for the event.

New to Zoom? The resources posted below might help. However, you do NOT have to be a “tech whiz” to join the meeting. It’s very simple. Once we send you the link, all you have to do is make sure you’ve got a good internet signal, click the link, and enjoy the seminar!

Cost of the class is only $20. To sign up, please click the “Register Now” tab below. Thanks!

Please note that there are no refunds or transfers for this course (unless the event itself is cancelled). It’s very difficult to police registration fees for online courses, and allowing refunds and transfers would only complicate matters further. So, all ticket sales are final. Thanks in advance for your understanding and cooperation.

To register for John Hearne’s class, please complete the registration form below or visit John’s Eventbrite page. We hope to see you there!