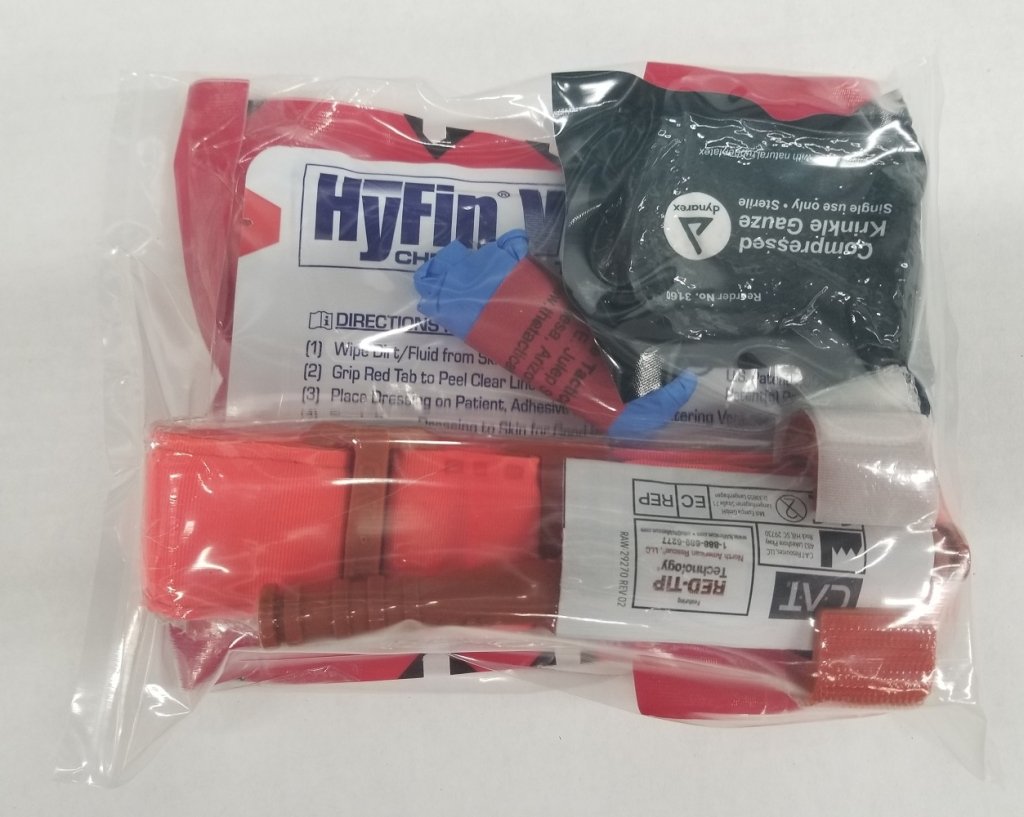 Citizens Safety Academy is pleased to host the one and only Dr. Sherman House of the Civilian Defender. Dr. House will be teaching an extended (eight-hour) version of his flagship course on hemorrhage control. What will you do if someone suffers a severe injury and first responders haven’t arrived yet? This course gives you the tools to manage precisely that scenario.

Dr. Sherman House is a long-time student of personal defense and a top-quality trainer in his own right. He also has invaluable knowledge and skills that far too many defensive trainers lack: medical expertise. As a practicing dentist and experienced medical provider, Dr. House is the perfect person to teach the basics of civilian trauma care. That’s why we are so excited to host him as a guest instructor. Below is the course description Dr. House provided:

This eight-hour course is designed to prepare the civilian defender to deal with the inevitable eventuality of stopping life-threatening bleeding. With the ever-increasing frequency of worldwide terror events, active killers, workplace violence incidents, and motor vehicle collisions, knowing the proper techniques, tactics, and procedures to keep yourself and your family, friends, parishioners, students and fellow countrymen alive until a higher level of medical care can reach you is essential! This course will prepare you for unexpected (but not unplanned-for) emergencies.

In the first half of this course, Sherman will cover the basic skills, techniques, and equipment needed for hemorrhage control. The second half will involve practical exercises to help attendees apply those skills under pressure. For more information on what to expect in this course, please see Dr. House’s blog, where he provides a detailed write-up (click here to view).

About the Guest Instructor

Dr. Sherman A. House is currently in his second decade as a healthcare provider and is a Hospital Dentist and Reserve Police Officer in TN. Prior to his career in dentistry, Dr. House was a Fireman and Emergency Medical Technician in Washington State. Concurrently, he was a Shotgun Messenger for several West Coast Armored Truck companies. He participated in security operations at the 1999 WTO Riots in Seattle WA. He holds undergraduate degrees in Law Enforcement, Cell Biology, and Philosophy from Gonzaga University. He completed his Doctorate of Dental Surgery at the Meharry Medical College with Honors in Nashville TN. He earned a Hospital Dentistry Certificate as the Chief Resident from the Metro General Hospital also in Nashville.

Dr. House is the originator of the CIVILIAN DEFENDER training concept. He has personally saved lives using CPR, Rescue Breathing, AED, TCCC, ACLS, PHTLS and Heimlich Manuever techniques. He has studied extensively in the defensive arts, both armed and unarmed, as well as self-defense law, emergency medicine, criminal psychology, tactical driving, and other survival skills He has earned training certificates from the following instructors (among others):

Students in Dr. House’s Hemorrhage Arrest Course should bring the following items to class (click the links to purchase online if necessary, or contact us for more information on equipment needed for the course):

A Note from Dr. House:

I receive no compensation from you purchasing the Civilian Defender IFAK. I’ve merely partnered with a Veteran-owned business to supply the life-safety equipment for my courses, as there has been a rash of phony, fugazi, “Airsoft,” grade counterfeit medical products on Amazon. While you can certainly buy the components of the kit “a la carte,” the cost of the kit is quite reasonable and convenient.

The price for this class is $185. Registration is being handled by Dr. House directly.  To sign up, please visit the Civilian Defender Eventbrite page.